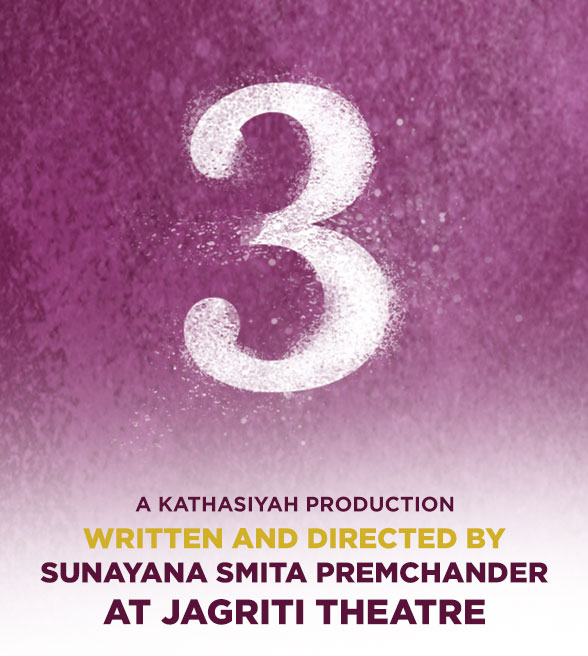 In a bustling city of flyovers, lights, and smells, the play zooms into a little house, to the lives of a father, a mother, and their daughter. A family of three, they have everything they need. A seemingly perfect unit. Until the father loses his job, the daughter starts to grow up, and the mother sees her world changing. Equilibrium is disturbed. Their ideals are challenged by their subconscious biases. They must make choices, and someone will get left behind.

The play is set in the present, seven years into the aftermath of everything that transpired. Three became two, and now he is back, bringing up lies, deceit, and memories no one wants to relive. The women had rebuilt their lives without him. Everything has changed. What will they do? Is this a game where they all lose, or where one of them wins in the end?

The play asks the questions — “what are the moral physical boundaries between a parent and child?” and “should you stay true to your values at any cost, even if that leads to the destruction of your family?” while it also looks at the dynamics of relationships in a nuclear family. What is the one disaster that a perfect family cannot withstand?

Sunayana is a theatre practitioner based in Bangalore. In college, she was actively involved in theatre-directing, performing, and travelling with college productions. She spent six months mentoring children from Teach For India and interned for two months at Indian Ensemble Theatre. After graduation, she worked in Bangalore, handling production and backstage work. Through 2016, she was assistant director on the Indian Ensemble Studio Initiative.  In August 2015, she co-founded KathaSiyah with Karen D’mello. From October to December 2015, Sunayana worked as a team leader of International Citizen Service, a cultural exchange program run by Pravah, Delhi and VSO UK.

There were three sources of inspiration. The first was collected personal experiences of women and adolescents. It prompted my exploration of how a parent- child relationship changes as a girl comes of age, and must conform to the norms and rules of the world around her. Secondly, coming from a large, yet tight-knit family, I wanted to look closely at the clash of ideals and values in a family, and what influence that has on an adolescent girl. That led to my third question of “how much freedom and choice can parents allow their children, before their own inherent conditioning comes in direct conflict?”

Late comers strictly not allowed. We recommend that you arrive at least 20 minutes prior at the venue to pick up your physical tickets.