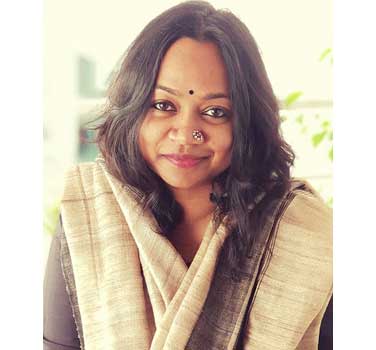 Rebecca Spurgeon is a Director, Actor, Lighting Designer, Drama Teacher and curriculum designer. She began training in Western Classical Piano and vocals from age 5. At 18, she decided to focus on Theatre and has spent the last 15 years working in the Theatre, as an actor, production designer, festival director and more recently as Director. In the work she directs, she is drawn to Form, Physical Theatre, Absurdity and Sound. Her plays are typically devised and include a combination of all these aspects. Her more recent work includes– Franz Kafka’s Metamorphosis which is heavily inspired by ideas of Form and Sound and how the Physical is derived from it. Her work as a Lighting Designer and her approach to Lighting performances is similarly inspired. Since she began her work in the Theatre, she has acted in over 30 productions and has significant experience as a Festival Director and Curator.

Most recently, she curated performances for the 20th edition of a Theatre Festival at the Prithvi Theatre, Mumbai and for Jagriti's annual festivals. She believes in making time to engage with local new work and is often invited to watch rehearsals and engage with emerging Directors and Theatre makers. She also loves to share her love for the Theatre with children and has taught Drama now for many years. She has also led several corporate workshops that integrate Theatre with communication and creative thinking.

As an Arts Administrator, Rebecca has worked at Jagriti for a decade in the Programming team, as the department head for Education & Training and as Executive Producer. She is currently the Artistic Director at Jagriti Theatre, Bangalore.

Since Jagriti Theatre opened in January 2011, it has always sought to create and sustain performance Art practice in the city. It has always supported emerging talent in Theatre, Music, Dance and Comedy. It has supported young artists in the city providing professional spaces to showcase talent. It has provided sustainable work opportunities for artists, arts managers and theatre educators.

As we re-examine the idea of performance and live engagement in a post-pandemic world, Jagriti will continue to work towards creating space for artistic collaboration, community engagement through the arts and interdisciplinary arts education opportunities. With a commitment to embrace a more diverse, culturally impactful and inclusive construct of Art and Performance.