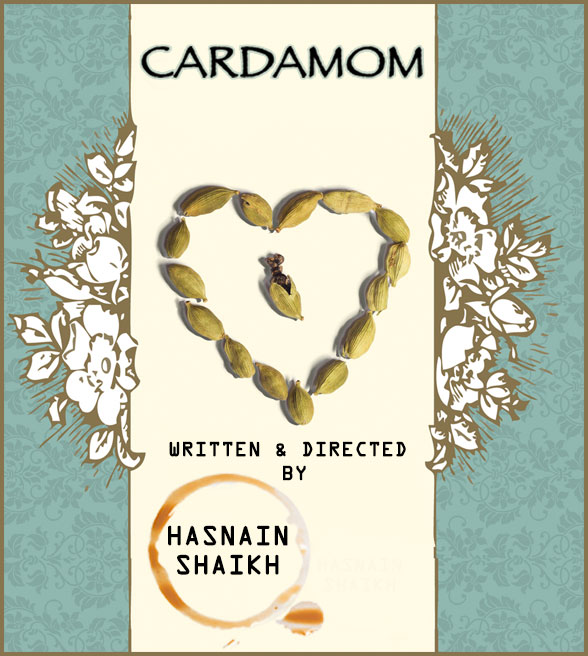 23 year old, Hasnain Shaikh was born in Bombay, lived in Bangalore, but was brought up on the stage. As the son of Dr. Zulfia Shaikh, the founder of the Bangalore School of Speech & Drama, he discovered his passion for theatre and was imbibed with the love of the ‘word’. Throughout school, he experimented with writing and performing prose, poetry, spoken-word poetry, and stand-up comedy. In 2011, at the age of 17, he made his debut with his first play Perspectives written and directed by him, which at the time graced him with the title of ‘Bangalore’s youngest playwright'. Perspectives enjoyed four sold out shows over two runs, and met with great reviews by both the media and the audience. Having finished his undergraduate education from the University of Illinois at Urbana-Champaign, Hasnain brought to the stage his second play, Cardamom, which also played to four full houses at Jagriti. Cardamom, is back by popular demand and sure to leave the audience with laughter pains and, maybe, a few things to think about.

When the Shankar's decide to cohabitate with their soon-to-be in-laws a week before the wedding, they scarcely imagined the difficulties of such an arrangement. The two progressive families are thrilled to undertake the wedding, but soon discover that there exists convention in the act of being unconventional.

Cardamom is a comedy, set against the backdrop of an Indian wedding and showcases every bone-rattling speed bump along the way. The play is an uproarious take, on the peculiarities of Indian families, the plight of the tinder generation, and changing the landscape of morality in India.