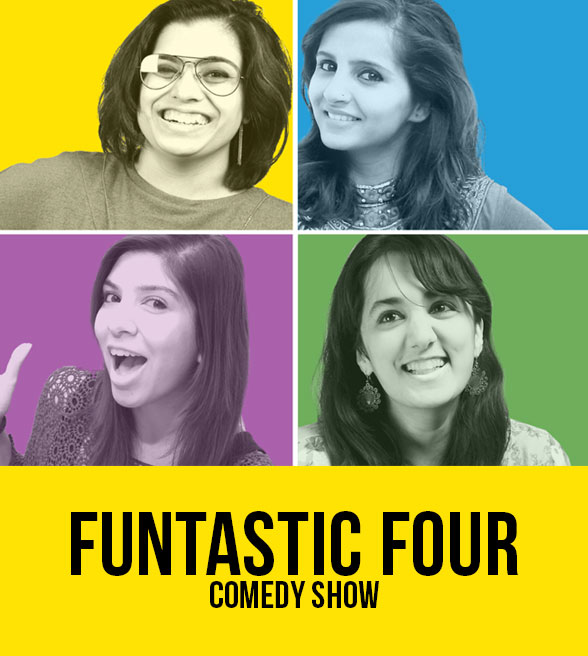 Synopsis:
Funtastic Four is a comedy event featuring four superwomen from Bangalore, who all have basically one superpower- To make you laugh till you drop. It is a one-of-a-kind comedy show which promises to make you laugh away the worries of your stressful work week!

Bios:
Pooja Vijay: The host - India's first stuttering comedienne who has hosted a number of shows in various venues across the country. She is known for her self-deprecating humour and political incorrectness.

Punya Arora: A Punjabi by nature and South-Indian at heart and a self-proclaimed Biryani connoisseur! Her style of comedy is observational, light-hearted and may involve more than one accent. Punya has been featured on every major stand-up stage across India and her work has been covered by print, radio, Buzzfeed and Huffingtonpost India. She is in love with underwater photography, travelling and life in general. She's also a professional photographer and a visiting faculty at Light & Life Academy, Ooty.

Sneha Suhas: A stand-up comedienne based out of Bangalore. She found it hard to tickle people as it is inappropriate, so she stood afar and tried jokes on them. With more than 100 shows in her kitty, she's performed in all major cities in India and abroad in Australia.