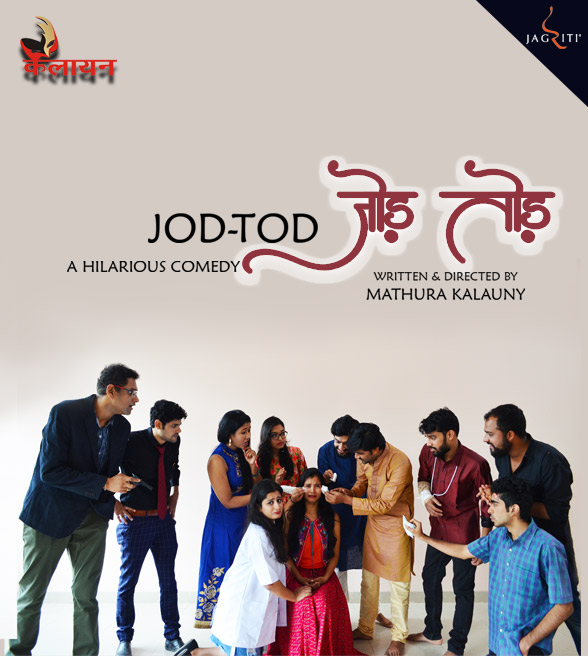 Very successful runs in Bengaluru and Hyderabad. Rave reviews of the play on Kalayan’s FB page. Now in Bengaluru again. This time at Jagriti.

The play is centered around Manu, a well-fed and sincere young man. Manu is easy going and forgetful. He lives with his country cousin Gabru and is plagued by his friends Dhanajay, Bunty and Daku. To top it all Raghu comes to stay with him with his estranged wife who has fallen to the charms of Bunty.

Manu’s fiancee Lata discovers that there are too many young girls around Manu. Events apparently go beyond her control. She can only cry.

There is Daku with his king size ego which was deflated by young lyrical female Jayamala.

Dhananjay is in love with Dr Sugangha a fire breathing young female.  She breaks his heart along with his head and arms. Dhananjay wants to commit suicide.

Then there is a big party thrown by Manu for Gabru. Frustrated Raghu hijacks the party

Jod Tod is a heady cocktail of fun and laughter.