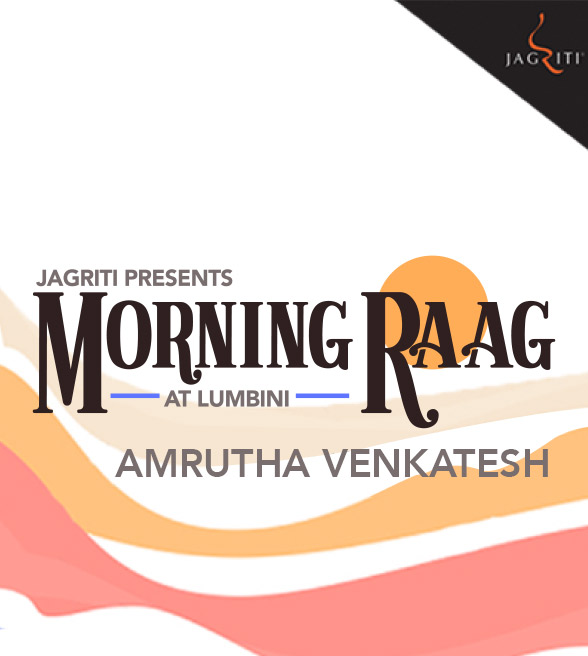 Amrutha Venkatesh, a Carnatic Classical Artiste from Bangalore, is making a mark as a musician who blends tradition with innovation.

She is currently under the tutelage of Prince Sri Rama Varma and Smt Parassala B.Ponnammal of Trivandrum. Before this, she learnt from Sri M.T.Selvanarayana and Smt Charumathi Ramachandran.

Her Music is a conglomeration of many schools of singing that her teachers have passed on to her and she is gradually developing her own style of Singing. A recipient of many accolades, she was the second-ever lady artiste to perform at the hallowed Navarathri Mandapam at Thiruvananthapuram, Kerala. She was given the 'Outstanding Vocalist ' Prize by the Madras Music Academy for five consecutive years from 2013 to 2017. Among the awards, she has received are 'Raga Laya Prabha' from Sri Rama Lalitha Kala Mandira and 'Yuva Purandara Award' from Indiranagar Sangeetha Sabha, Bangalore.

Known for her wide repertoire of compositions, Amrutha’s music has a strong audience base in India as well as abroad.

She is a polyglot and can read and write all the South Indian Languages and Hindi(Devanagari Script). This helps her to sing the Lyrics of the compositions which are in Sanskrit, Kannada, Tamil, Telugu and Malayalam with a deeper understanding of the pronunciation and meaning.

She is also adept at playing the Veena.