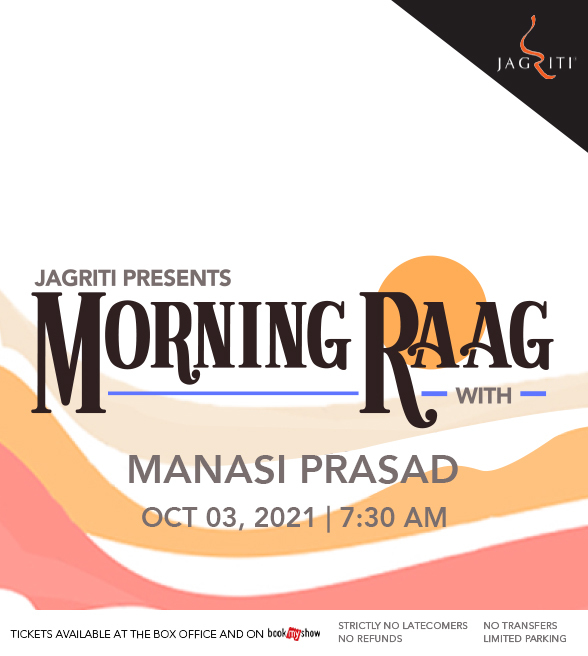 Manasi will present a selection of songs and ragas from Karnatic, Hindustani and devotional repertoire suited to the gentle sights and sounds of the sunrise. Accompanied just by the soulful strings of the tanpura, the concert will create a meditative and peaceful mood.

She has learnt Karnatic classical music from renowned gurus such as RK Padmanabha in Bangalore and Dr Sriram Parasuram in Chennai. She started performing concerts at the age of 9 and since then has performed widely across India and in 6 continents around the world. Manasi has gained acclaim both for her traditional Karnatic concerts, as well as devotional music, and contemporary and ensemble presentations as well.

Manasi is a recipient of several awards in music, including the prestigious Bismillah Khan Yuva Puraskar from the Sangeet Natak Akademi, Govt. of India., Shanmukhananda Yuva Kalakar Puraskar, Rotary-Brigade Young Achievers Award, Ananya Yuva Puraskara and others.  Besides her active performing career, Manasi is academically accomplished and holds an MBA degree from IIM Bangalore. She frequently delivers talks, lectures and workshops on music, and writes widely on the arts. She has been awarded a Fellowship by the TED Organization, and has been recognized as one of the 35 'Indians of Tomorrow' by the India Today publications.