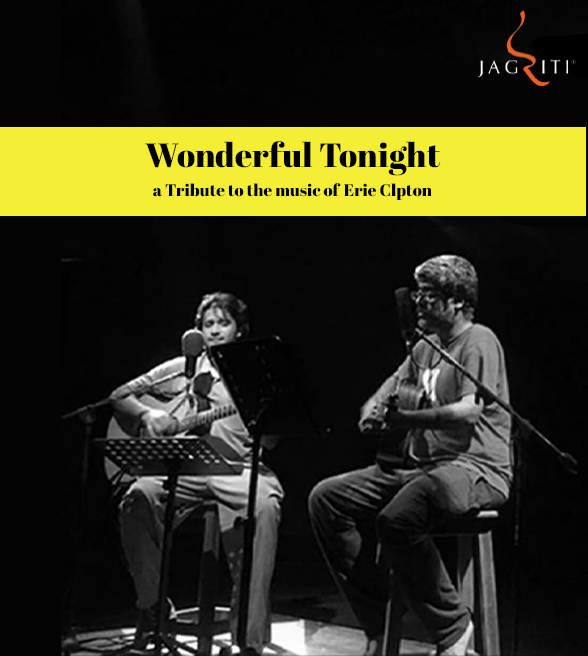 In August of 1992, Eric Clapton Unplugged was released to rave reviews, and even though critics seemed to be divided about it, it revived his somewhat flagging career, and renewed public interest in his work. The album was a commercial success and went on to be nominated for 9 Grammy awards, winning 6. Clapton was one of the early pioneers of electric guitar, playing with the legendary trio Cream, before launching a successful solo career that would eventually lead to him being the only three-time inductee into the Rock and Roll Hall Of Fame.

Long-time friends and collaborators Ananth Menon and Vedanth Bharadwaj will perform a not-strictly acoustic tribute concert to the legend at Jagriti Theatre on the 5th and 6th of February. The set will contain hits from the Unplugged album like Tears in Heaven, Nobody Knows You When Your own and Out, Layla, and San Francisco Bay Blues, as well as classic well known tracks from Clapton’s electric repertoire, such as Lay Down Sally, Wonderful Tonight, Let It Grow and Sunshine of Your Love.